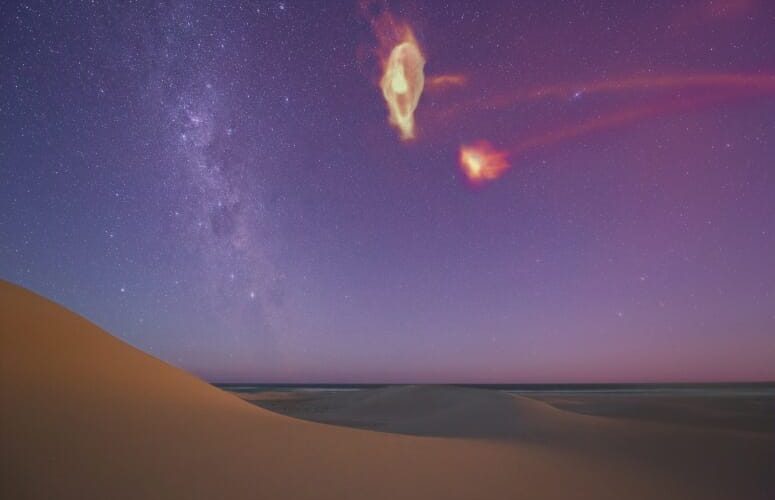 Galaxies are tremendously complex objects with greatly varied morphologies and evolutionary paths. By understanding the structures and dynamics of galaxies, including our own Milky Way, we can learn a lot about their formation and evolution throughout the history of the universe. In the Mad Astro Dynamics group, we study many aspects of Galactic Dynamics including the kinematics of stars nearby the Sun, the effects of global, non-axisymmetric features in the Milky Way, as well as galaxy interactions and how those affect gas accretion and structure formation.

Nearby the sun, there is not only a rich substructure in the groupings of moving stars (called kinematic moving groups) but there are also many unique and fascinating individual objects that we are exploring. The Gaia satellite has allowed us an unprecedented view of our local neighborhood where we can see the positions and motions of stars with amazing accuracy. This has allowed us to gain hints about the larger structure of the Milky Way through how the nearby stars are moving. Additionally, the Milky Way’s history may have left distinct imprints on the disk in the form of oscillations or other vertical motion. The Radcliffe Wave is possibly one such example of an isolated oscillatory structure that can tell us about the Milky Way’s history. Additionally, the unique kinematics of the Orion star forming region can tell us a lot about how it was formed, and it can teach us a lot about supernovae as well as the structure of nearby spiral arms.

Looking out even further, the Milky Way’s two most massive galactic neighbors, the Large and Small Magellanic Clouds, have the potential to drastically change the face of our Galaxy. These two dwarf galaxies have been interacting with each other for several billions of years leading to a huge stream of gas trailing in their wake, the Magellanic Stream. How exactly this Stream formed, as well as its distance and composition are mysteries. We use high resolution computer simulations of the interactions between the Magellanic Clouds and their interactions with the Milky Way to reproduce the observed properties of the Magellanic Stream. By using these simulations we can not only learn about where the Stream came from, but we can see where it is going and how it may affect our Milky Way in the future.