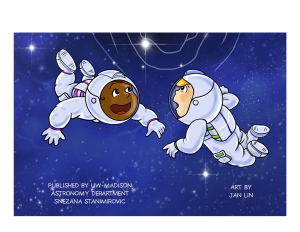 Introduction
“Galaxy Scouts: Space-ventures with Stella and Riley” is a comic series for 2nd—4th graders. The comic follows two 10-year olds, Stella and Riley, and their adventures through space. The first two issues focus specifically on the astronomy research being conducted by several of the Cottrell Scholars, with subsequent issues focusing on other areas of research.

The comic is funded by the Research Corporation for Science Advancement and the Astronomy Department at the University of Wisconsin Madison, and is a collaboration between a team of Cottrell Scholars http://rescorp.org/cottrell-scholars and a science illustrator Jan Lin. The story for the first comic strip was developed and initial sketches of characters done by a physicist-artist team Backy Thompson and Dave Ellis who are creators of Spectra.

The main idea behind the comic is to feature the excitement and products of science in with two main goals: (a) breaking down the stereotypes of science in society and popular media; (b) emphasize the importance and beauty of scientific discovery at a level appropriate for young generations.

Comics
The first comic strip “The Secret of a Bok Globule” is available for download here.

The second comic strip “The Secret of the Bullet Cluster” is in progress. 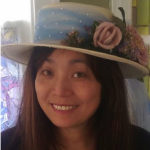